Another Dodger loss. The offense was non-existent again. At this point, does it really matter? Time to start thinking about 2011. 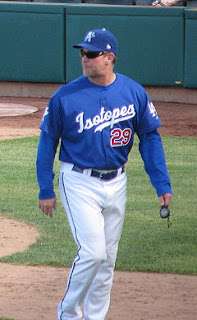 Speaking of 2011, could Tim Wallach, manager of the Dodgers' AAA afiliate Albuquerque Isotopes, be the Dodgers' manager next year? According to Baseball America, Wallach is the Pacific Coast League's best managerial prospect.

After 16 years in the minors, John Lindsey has finally made it to the majors. The Isotopes first baseman was called up today along with third baseman Russ Mitchell, who is also making his major league debut, Chin Lung Hu, and pitchers Jon Link and John Ely.

So who pitches batting practice for the Dodgers? Pete Bonfils is his name, and he's been doing it for almost 30 years. Who knew? 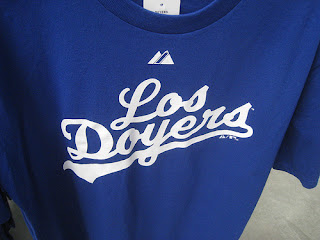