Bobblehead Of The Day: Cesar Izturis

It's been a while since I posted a Dodger bobblehead of the day. Next up is Cesar Izturis. On June 1, 2005 the Dodgers gave away Cesar Izturis bobbleheads to the first 50,000 fans in attendance. Presented by Bosley Hair Restoration, this bobblehead was made by P Squared Promos. This bobblehead was made in honor of Izturis winning the 2004 National League Gold Glove at Shortstop.  His .985 fielding percentage that season was the highest in franchise history. Cesar was a defensive specialist, a vacuum cleaner at short.

The Dodgers played the Chicago Cubs that night and lost 9-5. Derek Lowe started for the Dodgers, John Koronka for Chicago. Lowe lost the game, going 5.2 innings and giving up six earned runs on 13 hits. Izturis went 2 for 4 with a walk on his bobblehead night.

Let's take a look at Cesar: 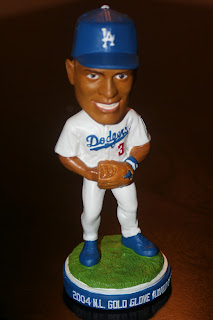 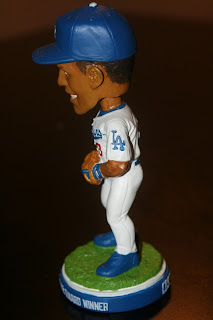 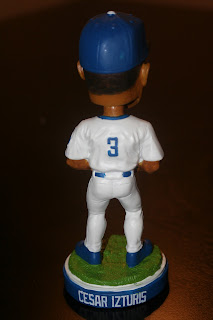 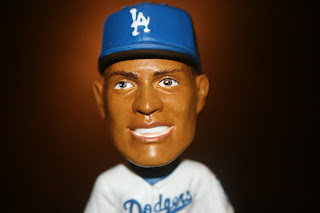 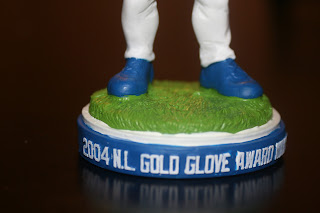 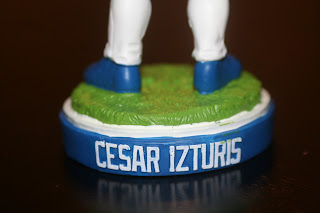 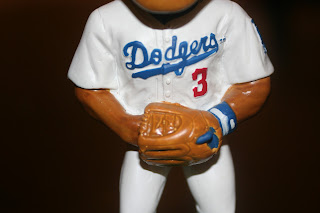 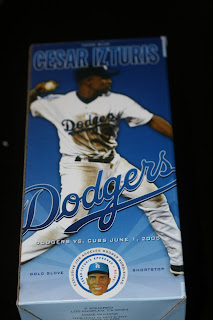 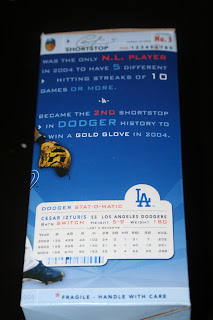 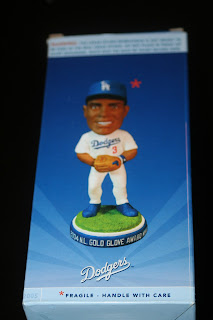 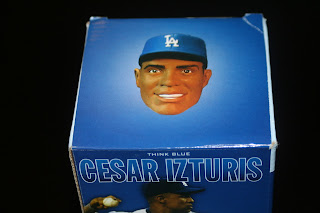 OK, so Cesar Izturis may not have been the most popular Dodger, but the guy could play shortstop, and he did win a Gold Glove. In 2005, there weren't many good things happening in Dodgertown, so picking players for bobbleheads was tough.

This bobble is nothing special. It's just your basic pose. But I will admit, they got the facial features and skin tone down. This does look like Cesar.
Share |
Posted by Dodgerbobble at 10:43 PM