Bobblehead Of The Day: Vladimir Guerrero 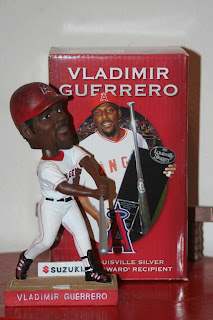 One of my favorite bobbleheads in my collection is my Anaheim Angels Vladimir Guerrero. I got this back on May 16, 2006. The bobblehead commemorates Vladdy winning the Silver Slugger Award in 2005. Presented by Suzuki, this bobble was made by BD&A Collectibles and was given away to all fans in attendance.

This bobble's got some nice details, from the silver bat Vladdy's swinging to the pine tar stained helmet he's wearing. 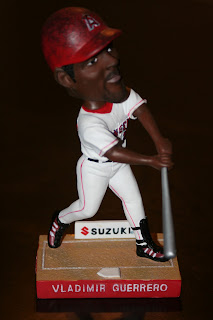 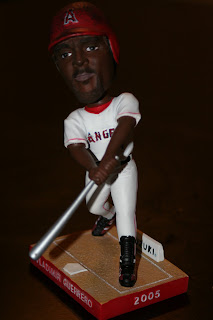 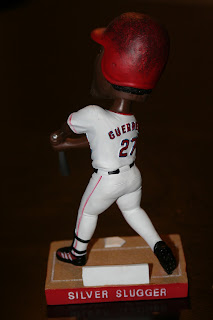 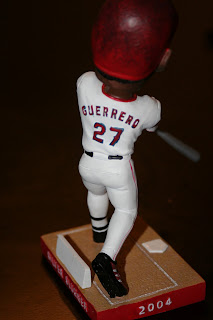 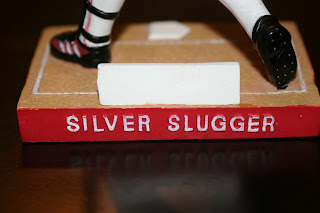 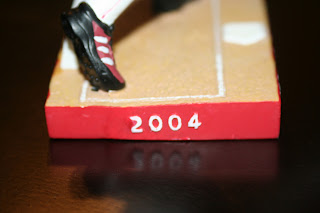 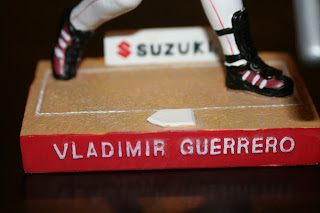 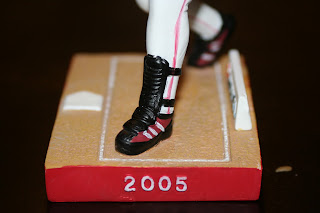 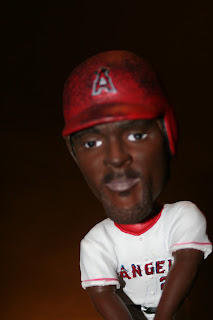 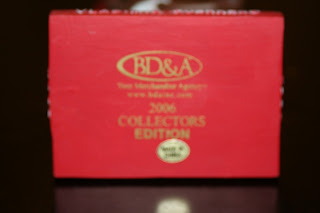 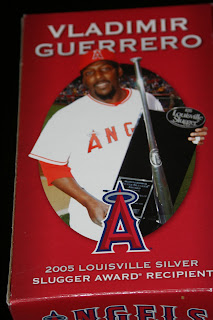 I had two of these bobbleheads. Back in July, I traded one of the two to Ryan at The Great Orioles Autograph Project. He sent me a Cal Ripken bobblehead in return. I'd say it was a good trade.

Hopefully, Vlad has a good series. I'll give the pinetar covered helmet a little bobble for good luck.