It's been over a month since my last "Bobblehead of the Day" posting. In that time, I've picked up 8 more bobbles, so I've got some catching up to do.

On Friday,May 2, 2003, the Dodgers gave away Eric Gagne bobbleheads away to the first 50,000 fans in attendance. Presented by Albertsons, this bobblehead was made by Alexander Global Inc. This was the first of three bobbleheads given away that season. The other two were Brian Jordan (July 1) and Fred McGriff (September 12).

The Dodgers played the Pittsburgh Pirates that night, and lost 5-3. Eric Gagne did not make an appearance on his bobblehead night. 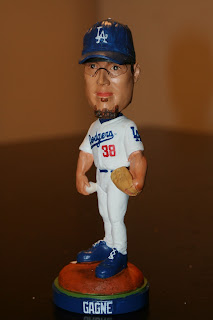 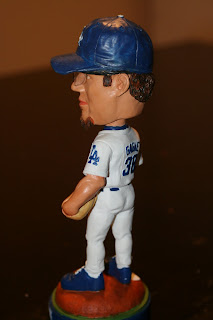 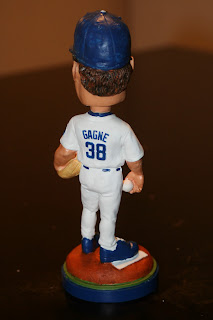 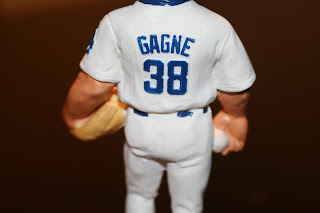 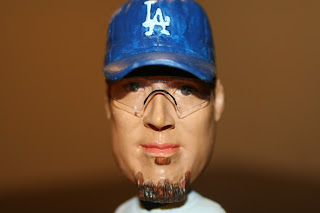 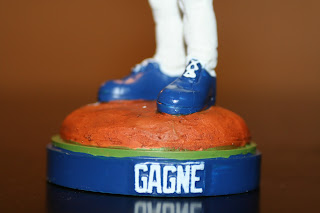 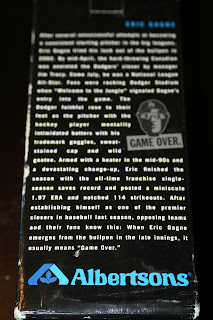 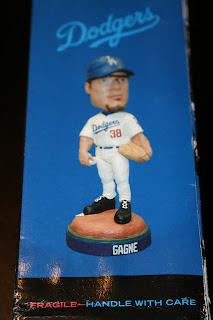 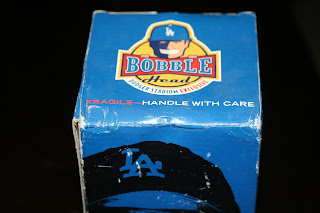 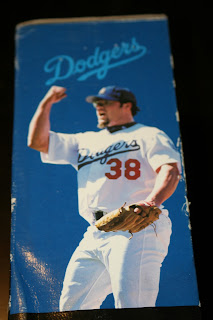 I love the glasses on Eric Gagne. They're a nice detail on a boring bobblehead.  This now completes another year in bobblehead giveaways, 2003. I'm almost done with the entire collection of Dodger Stadium SGA's.
Share |
Posted by Dodgerbobble at 10:19 PM