Bobblehead Of The Day: Bob Hope 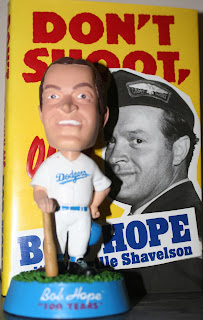 Yesterday would've been Bob Hope's 108th birthday. The comedian and actor sadly died eight years ago at the age of 100. He made countless appearances on broadway, radio, television, and in the movies. Bob Hope also performed with the United Service Organizations. He started entertaining the troops in 1941 during World War II and did it for another fifty years.


Hope performed his first United Service Organizations (USO) show on May 6, 1941, at March Field, California. He continued to travel and entertain troops for the rest of World War II and later during the Korean War, the Vietnam War, the third phase of the Lebanon Civil War, the latter years of the Iran–Iraq War, and the 1990–1991 Persian Gulf War. When overseas he almost always performed in Army fatigues as a show of support for his audience. Hope's USO career lasted half a century, during which he headlined approximately 60 tours. For his service to his country through the USO, he was awarded the Sylvanus Thayer Award by the United States Military Academy at West Point in 1968.

When our servicemen and women were overseas, wishing they were at home with their families, Bob Hope helped keep their morale high. On this Memorial Day, I thought it would be nice to honor the man who entertained our troops for so many years.

This bobblehead was made in 2003, for Hope's 100th birthday. He's sporting a Los Angeles Dodgers uniform with the number 100 on the back. Produced by Strike Zone Inc., there were only 500 of these made. Some were sold at Dodger Stadium's Top of the Park Gift Shop for Dodger fans to purchase, but many of them were sold online or through catalogues and ended up in the hands of Bob Hope collectors. 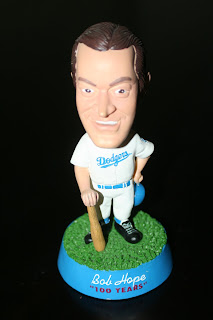 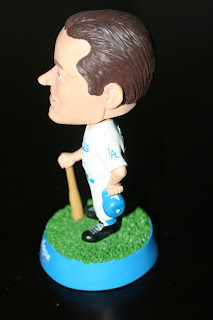 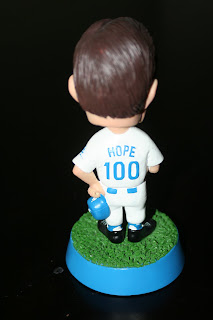 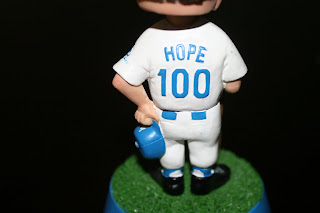 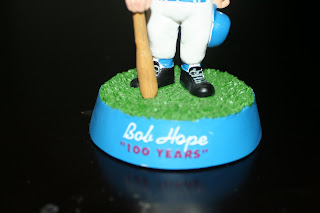 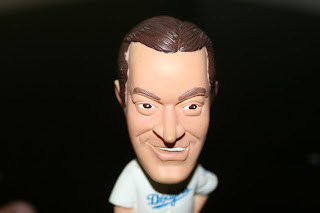 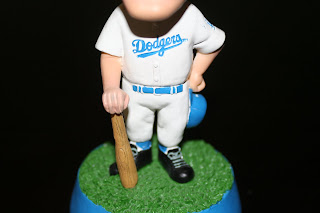 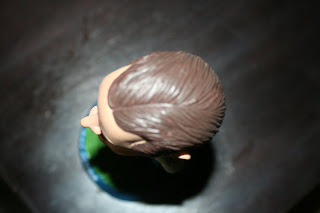 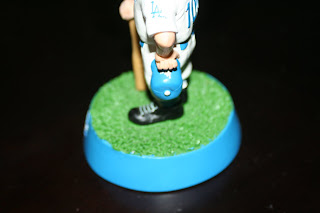 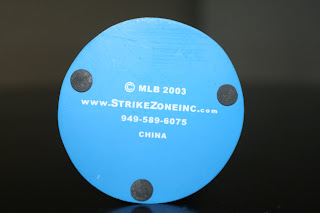 This is definitely one of my favorite bobbleheads in my collection. Not just because of how rare it is, but because I am a huge fan of Bob Hope's work. Thanks to Facebook friend Mike for the helpful info on this bobblehead.
Share |
Posted by Dodgerbobble at 3:48 PM