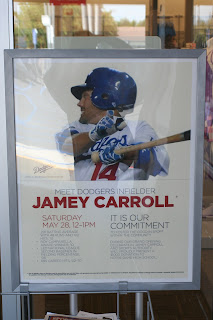 Today was one of those great autograph days that doesn't come around too often. I was able to get two Dodger autographs in two locations within an hour. Super utility man Jamey Carroll  and last night's walk-off hero Dioner Navarro were both signing today at the same time, from Noon to 1:00 pm. Carroll appeared at Sports Authority in Sherman Oaks, Navarrro at Kragen Auto Parts in Los Angeles.

I'll start with Carroll. I arrived in Sherman Oaks at 8:45am. This was the same location Bill Russell signed at two weeks ago.There was already a small line of Dodger fans when I got there. I was hoping I'd be near the front so I could get out of there early and rush over to the Dioner Navarro event.

A group of us were monitoring the Navarro event. From everything we heard, the line was short for Navarro and there was very little traffic heading downtown. If everything went according to plan, we would leave Sherman Oaks and head downtown before Navarro finished signing.

Jamey Carroll arrived thirty minutes early and started signing right away. He was very nice, chatting with everyone and signing whatever was put in front of him. I got a 2007 Topps Heritage Colorado Rockies card signed and my Dodger hat. As far as I know, Carroll doesn't have a Dodgers baseball card. If I'm wrong, let me know. 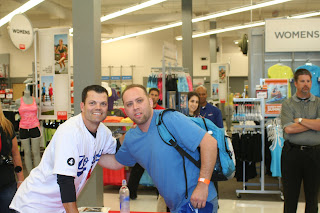 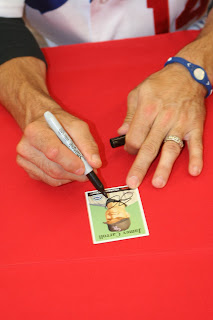 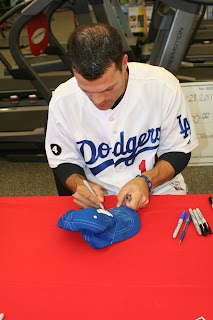 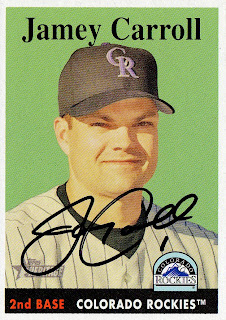 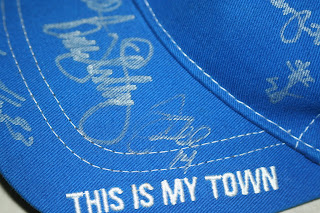 Once I got my Carroll items signed, I checked the time, it was only 11:55! Everything was working out great. It was time to head to LA. Mike Spiegel from Nomo's Sushi Platter and Super Dodger fan Theresa came along with me. We jumped on the 101 and hoped there wouldn't be any traffic.

We got lucky. We made it to the Navarro event in twenty minutes. There were about 10 people in line. So what did I get signed? Well, I attended the Dodger game the night before. Dioner Navarro got a walk-off hit in the ninth inning of the game, so I thought I'd get the game ticket signed. I also got my Navarro bobblehead, a baseball card and my hat signed. Dioner was also taking pictures with the fans. The event staff was giving away prizes and they had a Dodger bouncer out there for the kids. 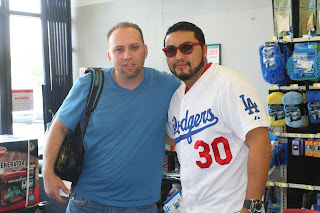 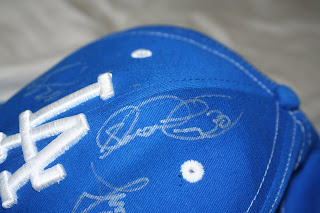 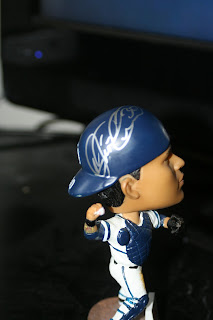 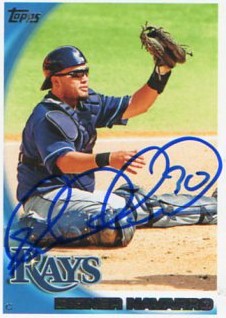 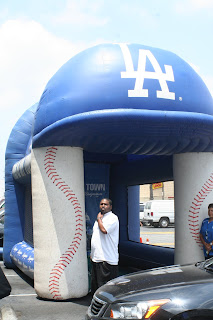 I had a great day today. I want to thank Jamey Carroll and Dioner Navarro, Sports Authority Sherman Oaks, Kragen O'Reilly Auto Parts and Vin Scully Is My Homeboy for event information. It was nice seeing Mike Spiegel, Theresa, Gus from Authentic Signings and everyone else I met today. Thanks to Enrique and Alejandro for the Navarro info!
Share |
Posted by Dodgerbobble at 5:25 PM