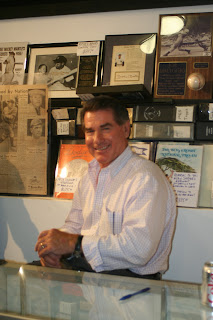 A couple of weeks ago I was driving down Ventura Blvd. in Woodland Hills when I noticed a banner above Porky’s Baseball Cards & Stuff  that read "Steve Garvey Here". I had to find out what was going on. It turned out Porky's was hosting a Steve Garvey autograph session on Saturday, May 21. So I paid for my presale ticket that day which guaranteed me an autograph. 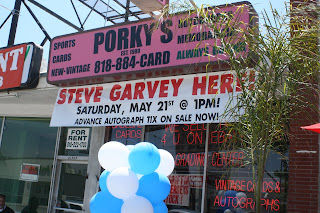 It was a great appearance. The line moved smoothly. Mr. Garvey was very friendly. He posed for pictures and chit-chatted with everyone. I decided last week I was going to get a picture of Garvey, Bill Russell, Davey Lopes, and Ron Cey signed by all four of the infielders. I got Russell last week and Garvey today, so I only need Cey and Lopes now. 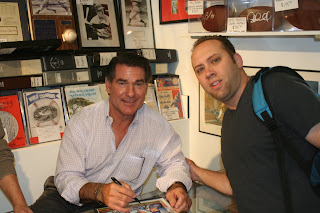 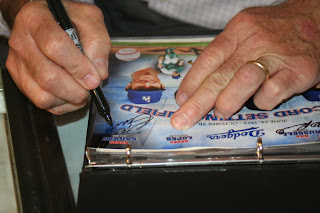 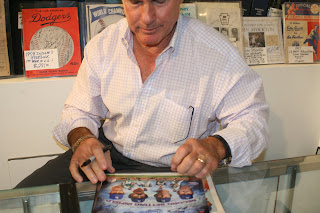 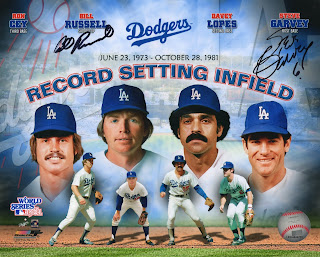 I had a great time at Porky's today. It was one of the best player appearances I've ever been to. Thanks to TJ and Porky’s Baseball Cards & Stuff for hosting the event. And thanks to Mr. Steve Garvey. I also wanna give a shout out to Alejandro and Andy.
Share |
Posted by Dodgerbobble at 5:15 PM