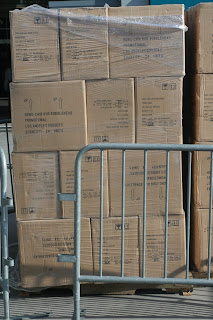 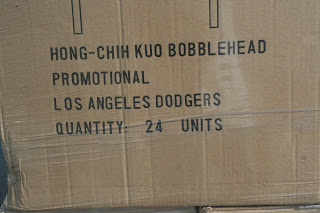 Once again, the stadium was empty. The announced attendance tonight was 39,000+, but there's no way that many people showed up to the game. If I were to guess, I'd say the attendance was closer to 25,000.

The Dodgers played the Cincinnati Reds tonight, and lost 3-2. Both starting pitchers looked good,but in the end, it was a battle of the bullpens, and the Reds relievers came out on top. 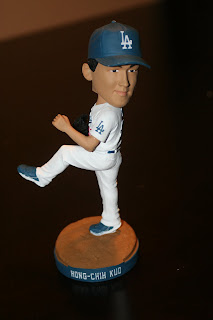 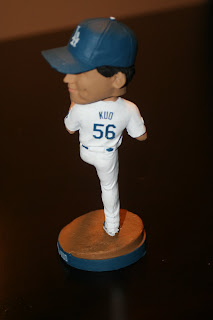 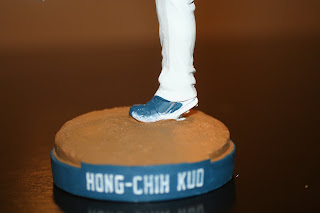 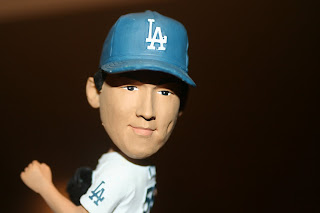 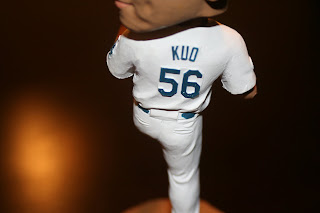 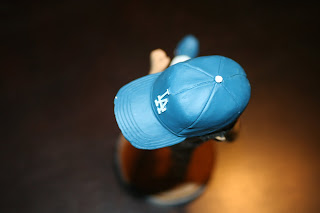 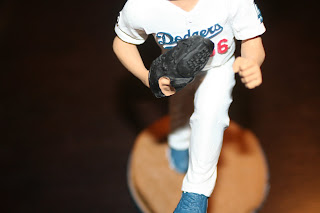 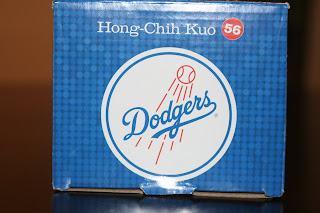 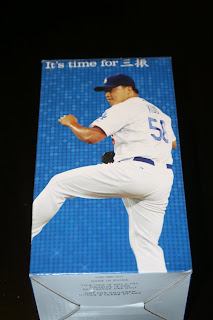 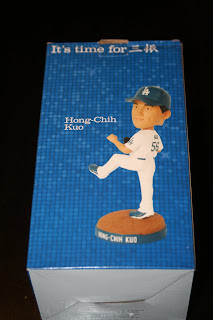 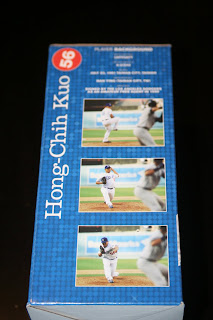 When the promotional schedule first came out, I was excited to see six bobbleheads on the list. Now I'm starting to think it was overkill. Too many bobbleheads this year. I hope they go back to three or four bobblehead in 2012.

As good as Kuo was last season, it's hard to justify him recieving a bobblehead now. This is also one of the more disappointing bobbbleheads in recent years. There's nothing spectacular about this at all.

I'd like to say, it was very nice to sit and watch the game with Spiegel, from Nomo's Sushi Platter, and his girlfriend Martha.  It was also nice seeing Greg from Plaschke Thy Sweater is Argyle. And last but not least, Alexis, Jackie and Jasmine, we had a great time tonight! 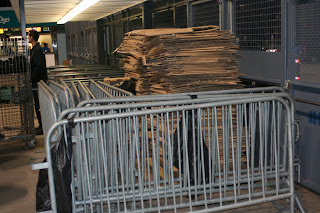