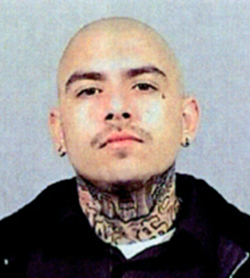 Word is just coming in that two new suspects have been arrested in the Bryan Stow beating case.. The original suspect, Giovanni Ramirez, has been exonerated by the LAPD.
From LATimes.com

Los Angeles police have arrested two men on suspicion of beating baseball fan Bryan Stow at Dodger Stadium and have concluded the suspect they took into custody in May was not responsible, a law enforcement source familiar with the investigation told The Times on Thursday.

The developments mark a dramatic turnaround in the case. Until now, LAPD Chief Charlie Beck and other police officials expressed confidence that Giovanni Ramirez, a parolee, was responsible for the beating.

But since Ramirez's arrest in May, detectives struggled to build a case. Beck moved the case in June to the  elite Robbery-Homicide Division.

Beck said in an interview in June that the case against Ramirez was based "hugely" on eyewitness identifications and that such cases can be difficult to prosecute. Prosecutors had asked that more work be done on the case before they filed charges.

Reached on Thursday, Ramirez's attorney said he had not heard about the development.I haven’t heard anything [about the new arrests] yet,” said Anthony Brooklier. “But if it’s true I’m happy for my client. I always believed he was factually innocent. There was a lot of pressure on LAPD. I believe that they were operating in good faith and made a good faith mistake.”]

Brooklier waged a highly public case arguing his client was innocent.
Brooklier repeatedly has gone before television cameras to assert Ramirez's innocence, had his client take a polygraph exam and made headlines with his claim that nearly a dozen people could place Ramirez at his home at the time of the attack. He announced as well that Ramirez had hair on his head when the beating occurred and so could not have been the bald assailant described by witnesses.

On Thursday, the LAPD was preparing to release an official statement saying the investigation “is continuing” and that detectives were making “good progress.”  More information would be released when it becomes available, officials said.
It's unclear what evidence prompted police to arrest the new suspects.

I'm one of the many people who thought Ramirez was guilty before he was even tried in a courtroom. Of course, his mug shot looked very similar to the LAPD's composite sketches of the suspects. It just goes to show, you can't judge a book by it's cover and you're always innocent until proven guilty.