A New Duke Snider Auto In My Collection 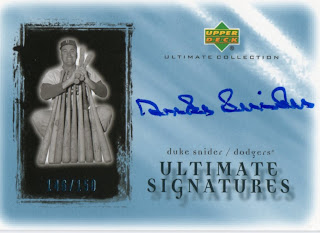 Well, I missed the Los Angeles Sports Card & Memorabilia Show for the second year in a row. But I did have a good time at my local card shop this weekend. Valley Sports Cards hosted a big raffle event yesterday and the grand prize was an autographed Blake Griffin jersey. Some of the other prizes included different high end boxes of cards, a Kobe Bryant autograph and custom framing.

Raffle tickets were given to customers yesterday just for walking in, but the other way to get one was in a mystery pack, which was part of the Great Card Chase. They were sold for $15 each or two for $24. Each mystery pack includes 2 jersey and/or autograph cards, one rookie card, a raffle ticket and a chance to win one of three prizes in the chase. I picked up one mystery pack yesterday and I got a 1983 Fleer Tony Gwynn Rookie card, an Edgardo Alfonso jersey card #'d/150, a 1996 Upper Deck Amazing Greats Cal Ripken window card, and I won a third prize in the chase. 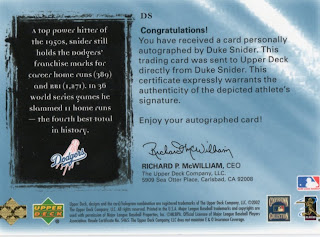 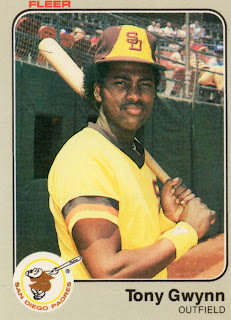 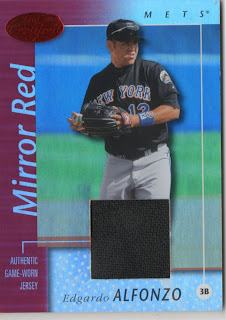 The raffle was held later that day. I didn't win anything, but I had a great time nevertheless. Thanks to Valley Sports Cards & Memorabilia for the Duke Snider auto. I'm looking forward to the next big raffle event, when they'll be giving away a signed Michael Jordan jersey as the grand prize.
Share |
Posted by Dodgerbobble at 9:55 PM