Former Major league pitchers Jeff Suppan and Mark Gubicza made an appearance at Soup's Grill in Woodland Hills last night. Soup's Grill is owned by Jeff Suppan, who grew up in the San Fernando Valley and attended Crespi High School in Encino.

Last week I was driving by Pierce College in Woodland Hills when I noticed a picture of Jeff Suppan and Jon Garland on the giant video billboard outside of the school. The ad invited fans to join the two pitchers, both of whom are San Fernando Valley natives, and the Brahma Athletic Club for some playoff baseball at Soup's Grill on Thursday, October 13. The restaurant is just a few minutes from my home, so I was pretty excited about going. 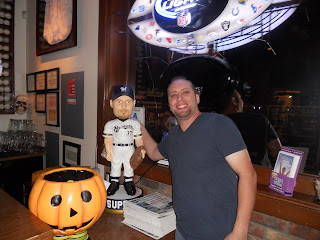 When I got to the restaurant, I found out Jon Garland had cancelled and was replaced with former major leaguer and current Angels broadcaster Mark Gubicza. Gubby and Sup watched the St. Louis Cardinals/Milwaukee Brewers LCS game with the fans and held a Q&A session. They were asked some great questions and gave a lot of inside information on the great game. Afterwards, the two took pictures and signed autographs. 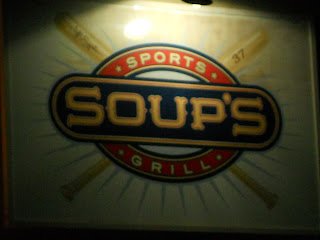 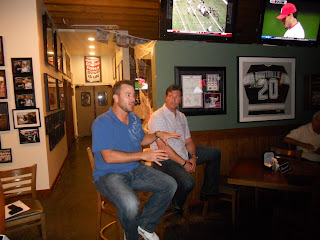 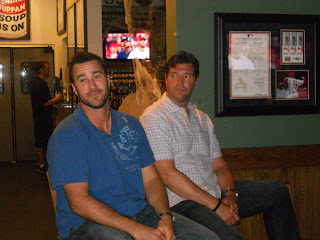 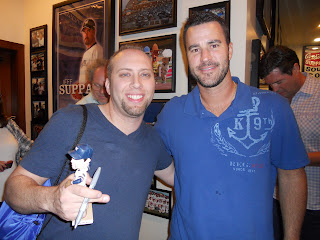 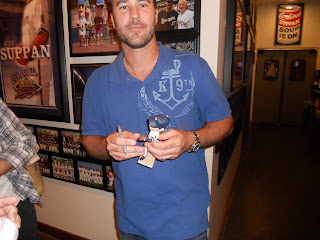 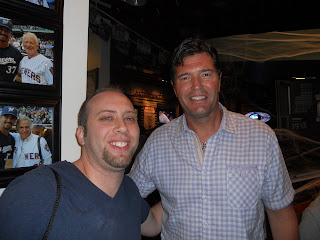 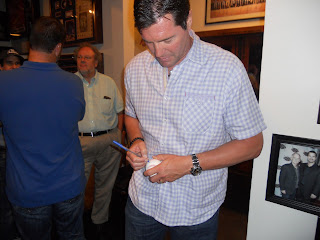 I had a wonderful time at Soup's Grill last night. It was a great environment for a sports fan and collector like myself. The place is like a mini sports museum. There's signed jerseys, pictures and memorabilia hanging up all over the place. Mike and Teresa both joined me and we all agreed that the food was amazing too. I had the Tommy Pastrami sandwich, which I highly recommend.

Before I left, I asked Mr. Suppan if he would hold another event like this again, and he said he would since this one was pretty successful.  I'm looking forward to the next one. 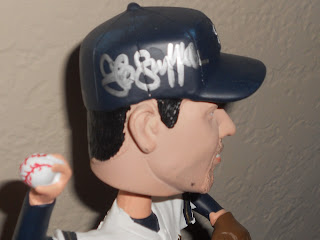 Here's some video from the Q&A: