Bobblehead of the Day: Fernando Valenzuela (2006) 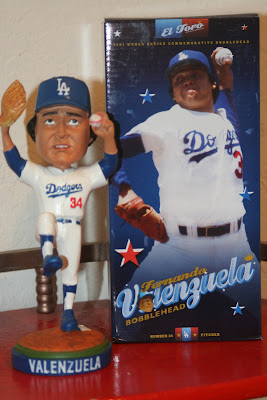 The Dodgers/Yankees series ends today, along with all the hype surrounding it. I am glad to see it end, along with interleague play. There is a lot of history between the two teams. They have met up in the World Series 11 times. The last time the Dodgers and Yankees played in the Fall Classic was 1981. That year, a 20-year old Mexican pitcher named Fernando Valenzuela took the Dodger world by storm.
Fernando was the Dodgers' emergency Opening Day starter in 1981 after Jerry Reuss and Burt Hooten suffered injuries. In that first start, Valenzuela pitched a complete game shutout, beating the Houston Astros 2-0.  He went on to win his next seven starts, which also started "Fernandomania" here in Los Angeles. He ended up going 13-7 that year. He won the Rookie of the Year Award and Cy Young Award in 1981, the only player to win both in the same season.

In the 1981  playoffs, Fernando beat the Houston Astros, Montreal Expos(it's strange typing that) and the New York Yankees. The Dodgers went on to win the World Series.

Today we're gonna take a look at Fernando's second Dodger Stadium giveaway bobblehead. I posted his first stadium giveaway bobblehead back in April, but I may revisit that because I did such a short write-up. Anyway, on Friday, June 23, 2006, the Dodgers gave away Fernando Valenzuela bobbleheads to the first 50,000 fans in attendance. Presented by Bank of America, the bobblehead was made by P Squared Promotions. This was the second of three bobbleheads given away that year to commemorate the 1981 World Series Championship team. The first was "The Penguin" Ron Cey(June 2) and the third was Steve Garvey(July 28).

The Dodgers played the Pittsburgh Pirates that night and won 10-4.  Brett Tomko started the game for the Dodgers and Oliver Perez for the Pirates. Shockingly, Tomko won the game, going five innings, giving up no runs and only two hits. This game also marked the return of former Dodger manager Jim Tracy to Dodger Stadium. Jeff Kent hit a three-run homer, Jose Cruz Jr. had a two-run double and J.D. Drew also had two RBI in the game.
Let's take a look at Fernando "El Toro" Valenzuela: 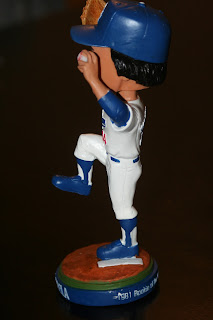 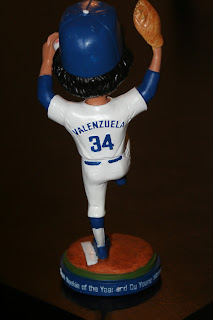 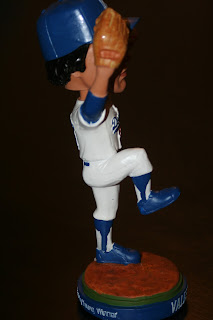 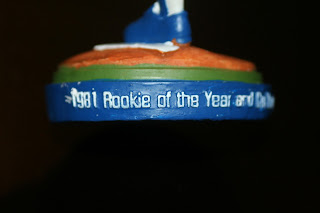 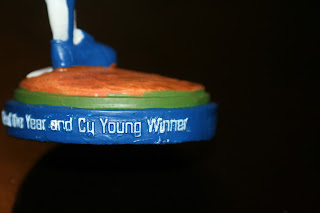 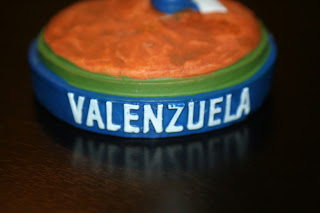 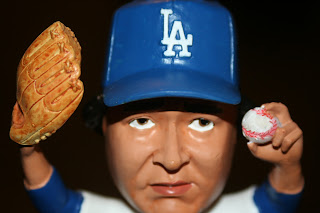 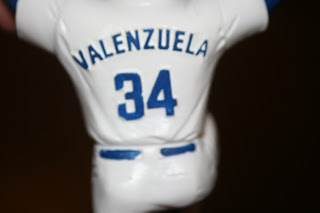 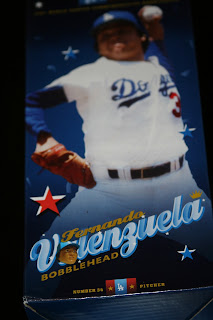 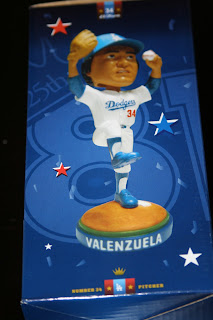 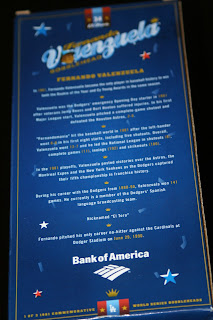 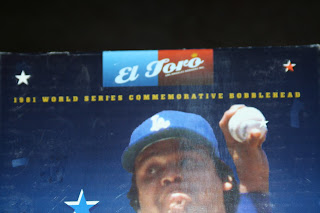 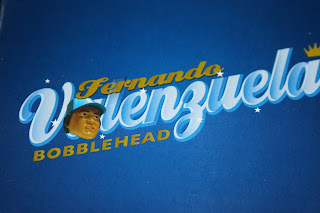 I love this bobblehead. It looks like Fernando, from the facial features to the pose. I really wish the Dodgers would make more bobbleheads of past players. At least do one a year. They bring back a lot of memories.