Bobblehead of the Day: Mike Scioscia 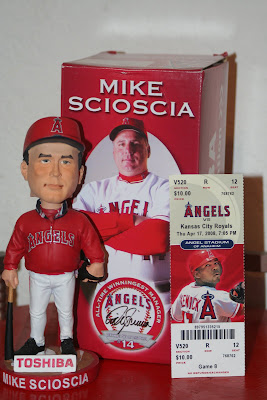 I grew up in 8o's, so the Dodger teams and players of that decade are some of my all time favorites. One of those players is Mike Scioscia. It pains me to see him now in Angel red and not in Dodger blue. It was extra painful when he led the 2002 Anaheim Angels to a World Championship.

With the Freeway Series starting tonight, I thought we'd take a look at Scioscia's bobblehead. As I've said in the past, the honor of a bobblehead should go to someone who has done something good for an organization. Mike Scioscia was a key player in the 1981 and 1988 World Championship teams. Maybe one day the Dodgers will honor him with an SGA bobblehead.

On April 17, 2008, the Anaheim Angels gave away Mike Scioscia bobbleheads to all fans in attendance. Presented by Toshiba, this bobblehead was made by ProSport Image. The Angels played the Kansas City Royals that night, and won 5-3. 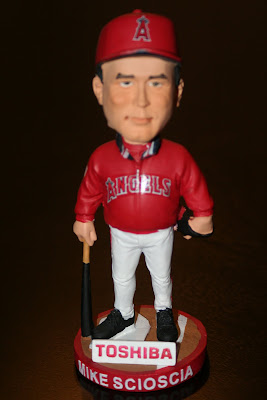 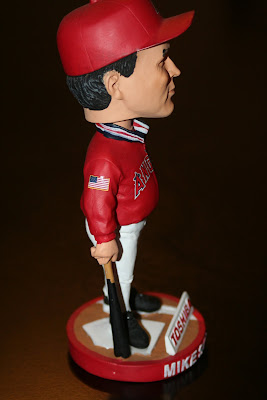 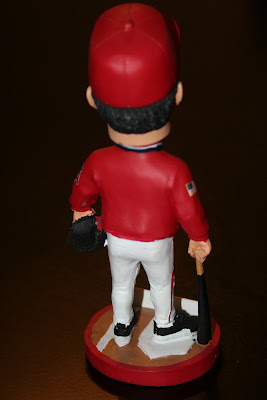 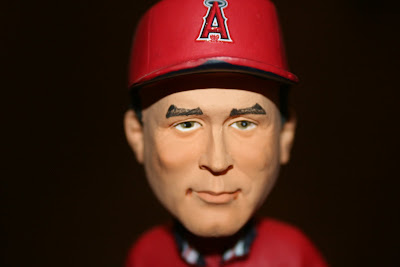 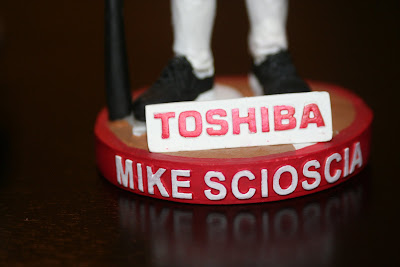 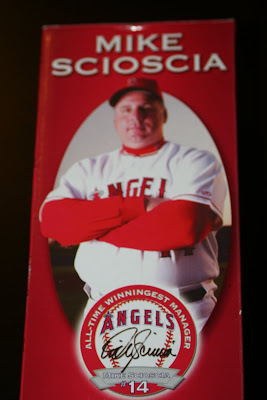 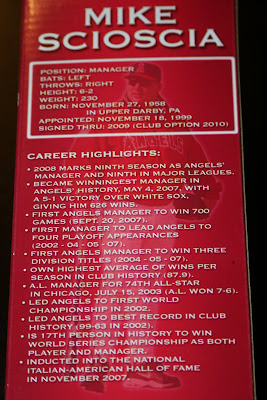 What can I say about this bobble? It's nothing special. Does it look like Scioscia? A little. The detail on the jacket and hat are nice. It would look a lot better though if he was wearing blue.
Share |
Posted by Dodgerbobble at 10:34 PM