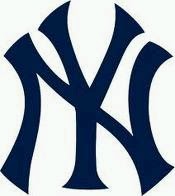 In case you haven't heard, the New York Yankees are coming to Los Angeles this weekend to play the Dodgers. Tickets are sold out (through the Dodgers, of course tickets are still available at eBay and Stub Hub and other brokers). With the large crowds expected at Dodger Stadium this weekend, the team has decided to open it's gates earlier than usual.
Here's the press release:

The Los Angeles Dodgers will play a much anticipated series against the defending World Champion New York Yankees starting this Friday at 7:10 p.m. In order to alleviate traffic congestion, offer fans the opportunity to watch the Dodgers and Yankees take batting practice and meet Dodger legends in Autograph Alley ticket holders will be able to enter Dodger Stadium earlier this weekend.