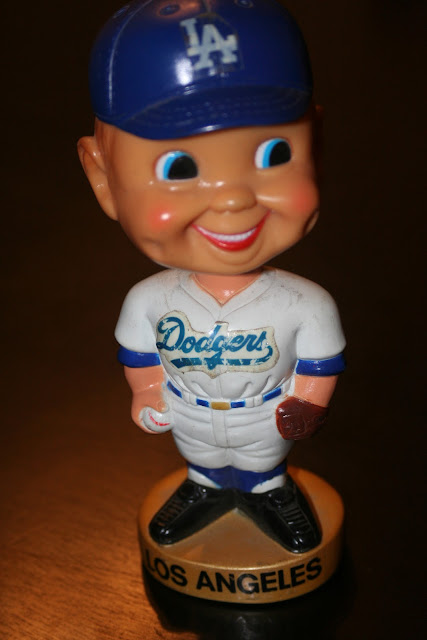 In 1974, the Dodgers sold bobbleheads at the concession stand, Danny Goodman's Concessions, which was inside Dodger Stadium. You could get a bobblehead of any one of the 24 MLB teams. These nodders were 8" tall, made of plastic, and created in the style of the 1966-1971 Gold Base bobbleheads.
Here's a little history on Danny Goodman:

Danny Goodman was a pioneer in the truest sense. The man who spearheaded the promotion of the Dodgers when they moved out west, Goodman is credited with inventing the sports souvenir marketing industry.
Spending his adolescence and entire adult life in the concessions business, Goodman was a natural to run the Dodgers marketing staff since he worked for several major league teams before joining the Dodgers staff exclusively. His official title was Vice President and Director of Advertising and Promotion. It was Goodman who developed the Dodgers' bobblehead giveaway promotion. The executive was also one of Walter O'Malley's first hires when he moved the team to Los Angeles

I don't have the original box for this bobblehead, but it's in pretty good condition considering it's age. The decals on the chest and hat are still sticking to the bobblehead too. The spring inside the head is in great condition and the head bobbles very well.
Let's take a look: 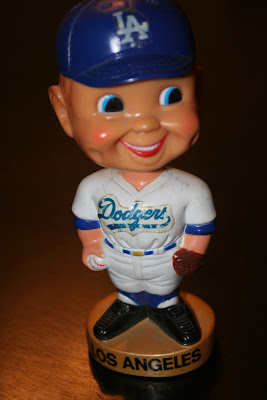 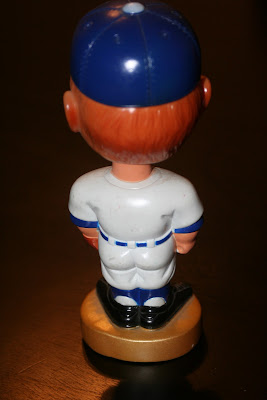 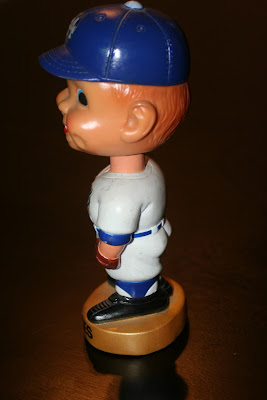 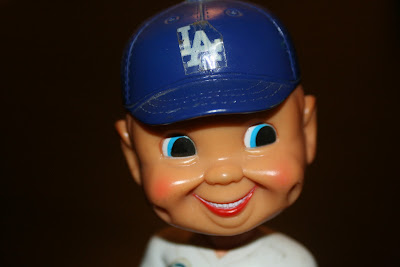 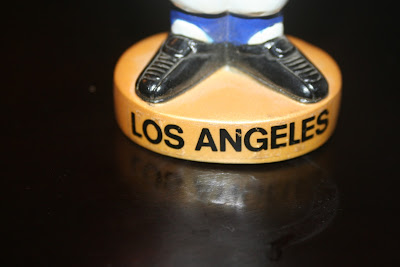 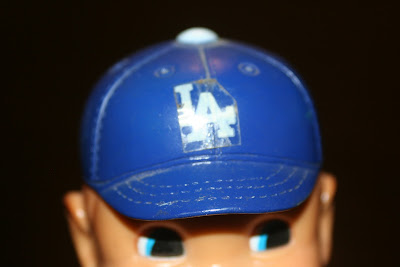 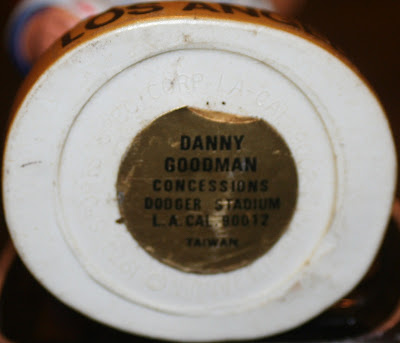