Bobblehead of the Day: Brad Penny 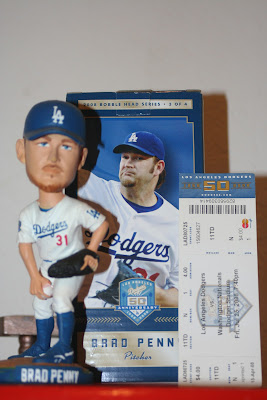 Tomorrow is the six year anniversary of the trade that brought Brad Penny to the Dodgers. On July 30, 2004, the Florida Marlins traded Penny along with Hee-Seop Choi and pitching prospect Bill Murphy to Los Angeles in exchange for Guillermo Mota, Juan Encarnación, and Paul Lo Duca.

With that in mind, I thought it would be a good time to take a look at Brad Penny's Dodger bobblehead. On Friday, July 25, 2008, the Dodgers gave away Brad Penny bobbleheads to the first 50,000 fans in attendance. Presented by Cacique, this bobblehead was made by P Squared Promos. This was the third of four bobbleheads given away that season. The other three were Joe torre(April 25), Takashi Saito(June 5) and Joe Beimel(August 12).

The Dodgers played the Washington Nationals that night and won 3-2. Chad Billingsley started for LA, John Lannan for DC. Bills went 7 2/3 innings and got his tenth win of the year. Jonathan Broxton got the save. 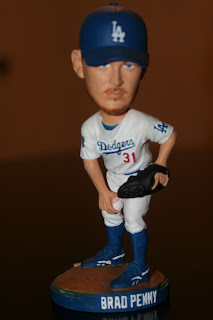 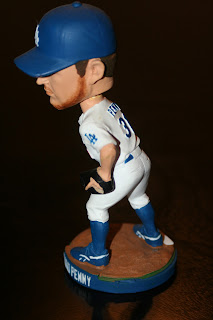 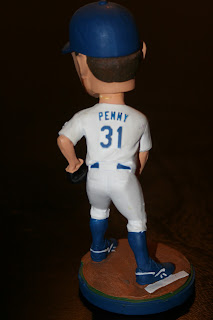 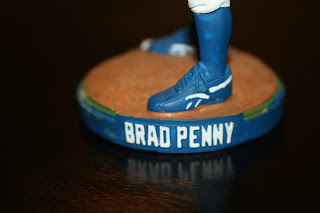 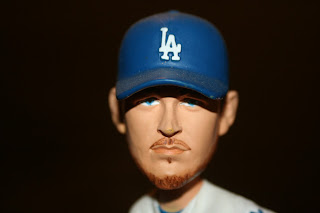 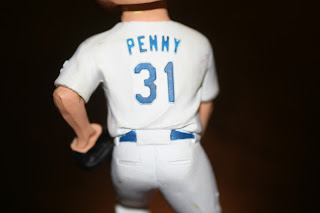 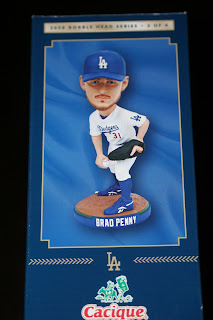 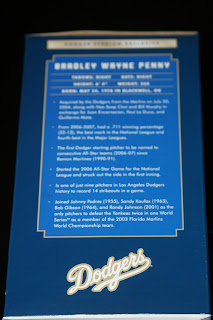 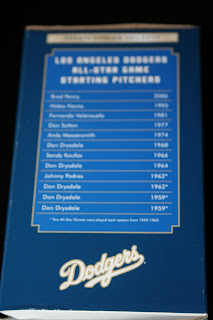 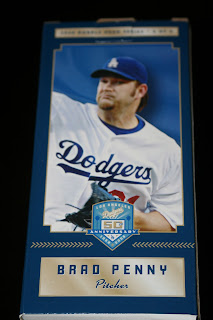 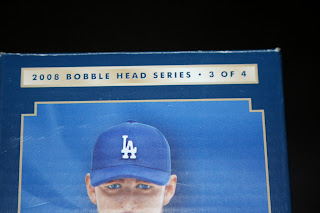 Ok, I know Brad Penny doesn't get a lot of love in LA. I'm one of those Dodger fans that can't stand the guy. But he was given a bobblehead, so it needed a post. This is actually a nice looking nodder. It looks like a skinny Brad Penny. Him leaning over is a nice pose too. There's one more bobblehead from 2008 that I need to post, that's Takashi Saito.
Share |
Posted by Dodgerbobble at 10:53 PM