Bobblehead of the Day: Jeff Kent

A day off. This is exactly what the Dodgers needed.  After sweeping the hated Giants, the team is off to Phoenix to face the Diamondbacks. Back to the Giants for a second, the next bobblehead I'm gonna talk about is Jeff Kent, who played for them and the Dodgers.

Jeff Kent, who was born in Bellflower,CA, signed with the Dodgers in December of 2004 for 3 years and $21 million. He came to L.A. after playing two seasons in Houston. But his best years were played in San Francisco batting behind Barry Bonds. Kent won the NL MVP Award in 2000 and made it to the World Series in 2002, which the Giants lost.

Kent is also known for his  mustache and being a bit of a douchebag. He had a dugout shoving match with Barry Bonds(a douche too) in 2002. Milton Bradley accused him of not being able to deal with African Americans. Kent was known for having an  intense approach to the game. He endorsed drug testing, and was very vocal about players who used performance-enhancing drugs.

The Dodgers played the Diamondbacks that night and lost 3-2. Odalis Perez started for the Dodgers, Dustin Nippert for Arizona. Jeff Kent went 0 for 4 on his bobblehead night. 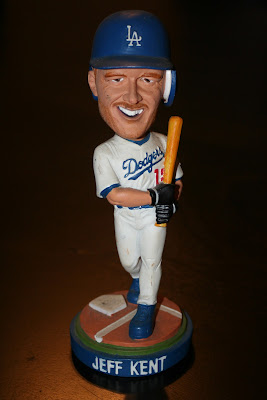 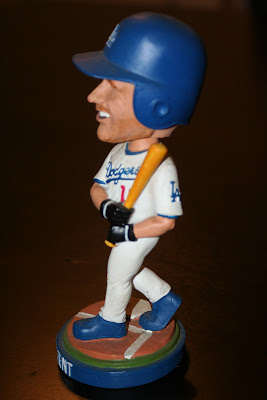 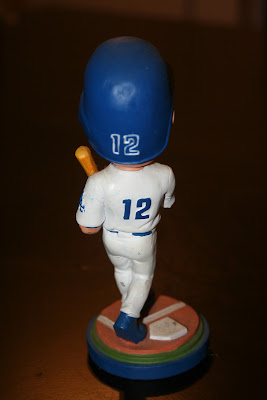 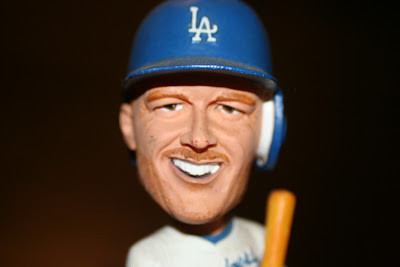 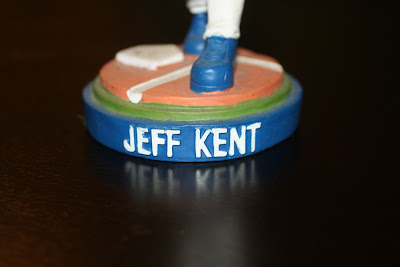 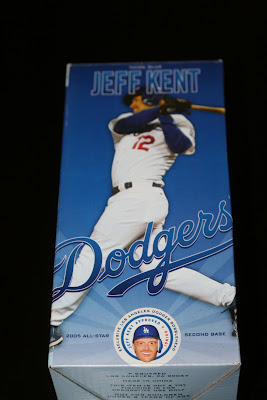 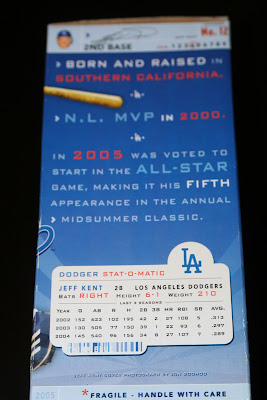 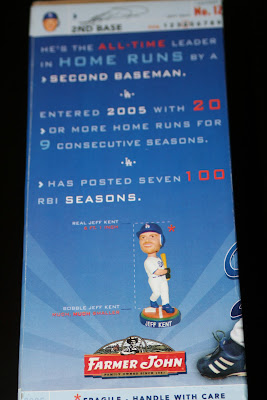 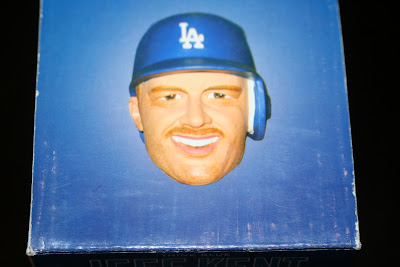 This bobblehead is very average looking. It's the standard batting stance at home plate, nothing special. This does look like Jeff Kent though, especially the porn-stache.