Bobblehead of the Day: Steve Garvey

The final bobblehead given away in 2006 was ten-time All-Star and 1974 NL MVP Steve Garvey. Probably the most popular Dodger of his era, "Mr. Clean" played first base for what may be the greatest group of infielders ever. Garvey, along with Ron Cey at third base, Davey Lopes at second, and Bill Russell at shortstop, spent more than 8 1/2 seasons together.


"Iron Man" Steve Garvey holds the National League record for consecutive games played at 1,207. He also led the league in games played for six seasons (1977-78, 80-82, 85) and earned four Gold Gloves at first base (1974-77). I could go on forever about his accomplishments, instead you can check out his bio here.

On July 28, 2006, the Dodgers gave away Steve Garvey bobbleheads to the first 50,000 fans in attendance. Presented by National Consumer Mortgage, this bobblehead was made by P Squared Promos. This was the third of three bobbleheads given away in 2006. The other two were Ron Cey(June 2) and Fernando Valenzuela(June 23).

The Dodgers played the Washington Nationals that night and won 13-1. Chad Billingsley started for the Dodgers, Tony Armas for the Nats. Bills went 6 innings and got the win for LA. 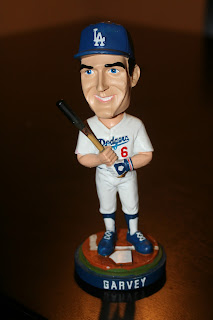 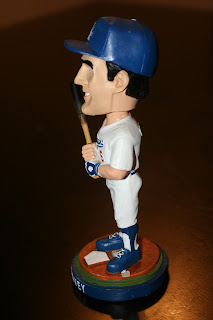 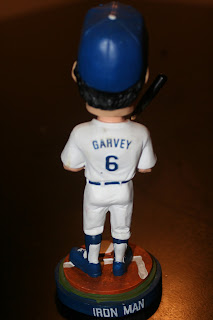 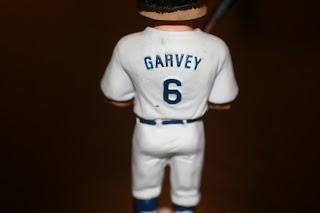 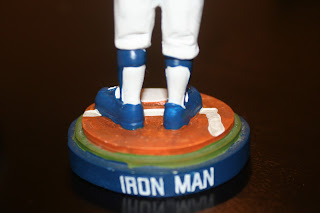 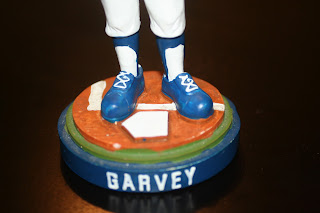 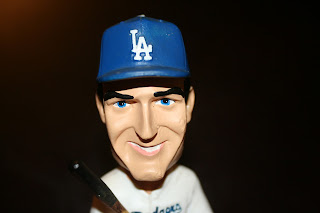 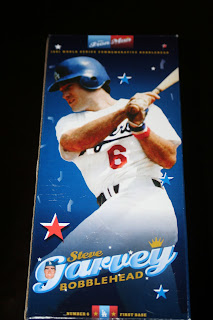 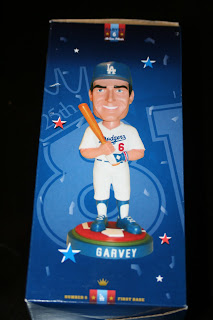 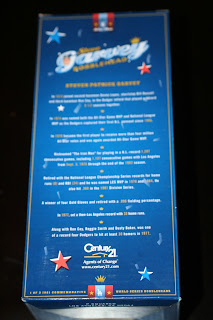 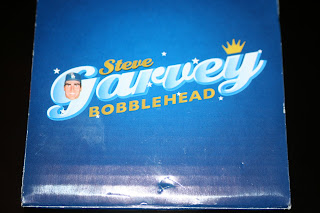 Garvey is one of my favorite Dodgers of all time, so I couldn't wait to get this one. It now stays in front of all the other bobbleheads in the collection. I have to admit, this one looks very strange. His facial features are very square. It doesn't really look like the Garv. The bat he's holding is the "screw-in" type, which never seems to stay in place, and the stance is a very boring bat-over-the-shoulder. Over-all, this is a mediocre nodder, but it's still one of my favorites.
Share |
Posted by Dodgerbobble at 11:28 PM