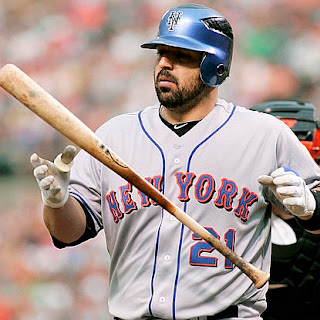 The Dodgers acquired catcher Rod Barajas today from the New York Mets for cash considerations. The Dodgers claimd him on waivers. Barajas is batting .225 on the season with 12 homeruns and 34 RBI.  He's only thrown out four of the 27 baserunners attempting to steal on him. Ugh.

With Ned picking up a catcher, it doesn't seem like he's ready to give up on 2010 just yet. I guess Ned sees something the rest of us don't. With Russell Martin out for the season, 41-year-old Brad Ausmus and rookie AJ Ellis have been splitting time at catcher. The pair is hitting just .183 combined.
Share |
Posted by Dodgerbobble at 9:14 AM