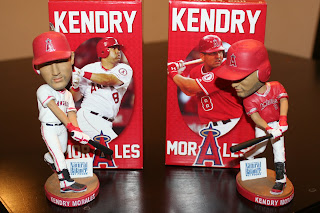 My wife and I took a trip down to Anaheim on Tuesday. Presented By Natural Balance, the Angels gave away Kendry Morales bobbleheads to all fans in attendance. There were two different versions of the Morales bobbles being handed out, one as a left-handed batter, the other right-handed. Every fan was given one bobblehead, and you couldn't choose which one you got. There were no exchanges either. 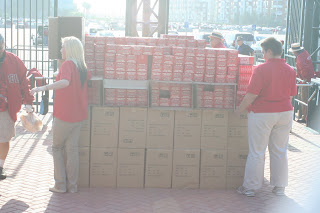 When my wife and I got to our seats, we noticed we both got right-handed Kendrys. Luckily, the people sitting next to us got two left-handed Kendrys, and were happy to make a trade with us.

We got there a little early, so I made an attempt at some autographs. The A's were in town, and they were taking batting practice when we arrived. Sitting near right field, we had a few players shagging flyballs in front of us. Kevin Kouzmanoff was one of those players. He was also chatting and signing autographs. 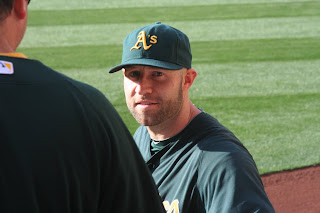 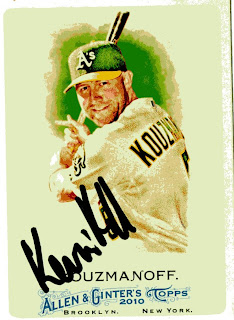 Once the game started, we noticed we were sitting in a small pocket of A's fans, so we had no problem cheering for Oakland. I always feel uncomfortable in that sea of red, but not Tuesday. There were so many A's fans there.

It was a good game. David DeJesus hit two homeruns for Oakland as the A's went on to beat Anaheim 6-1.

Here are the two bobbleheads: 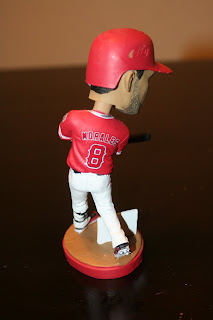 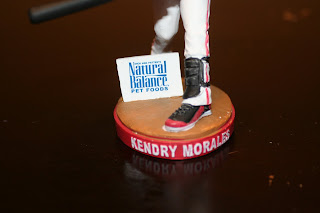 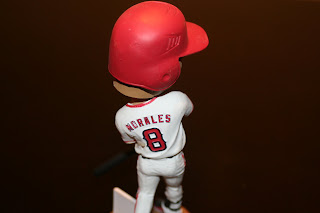 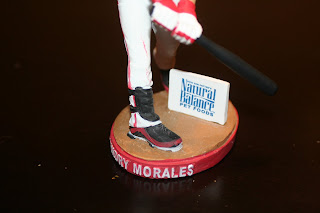 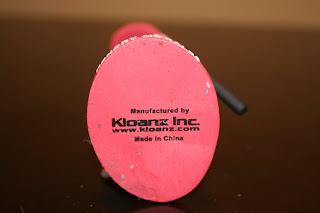 Of course, Kendry Morales wasn't playing on his bobblehead night. He's still dealing with the ankle injury he suffered in a walk-off homerun celebration last year. Remember this?