The Dodgers announced today that they are lowering season ticket prices in 2012.  Last year, attendance at Chavez Ravine dipped below 3 million fans for the first time since 2000. Will this help get season ticket holders to renew their plans or even get potential new season ticket customers? I think fans are still very angry with Frank McCourt and everything going on in the front office. But people still love a good deal, especially in this economy, so this could bring the season ticket holders back and even bring in some new fans. Here are the reduced ticket prices: 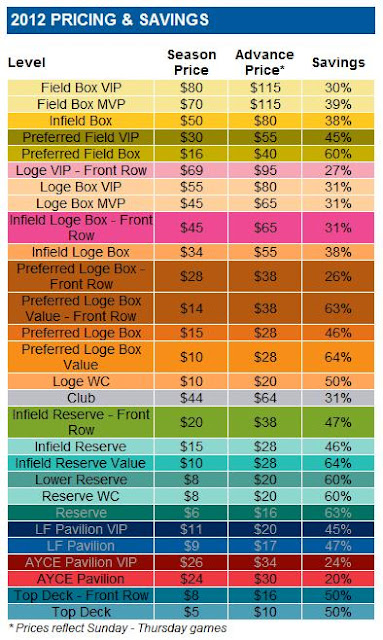 The team announced some other benefits with the purchase of a season ticket plan.


Season ticket holders will be included automatically in drawings* held throughout the season for a chance to win once in a lifetime Dodger experiences and memorabilia including:
I've got to admit, these are some great prices with some nice perks. It's pretty tempting, and I might consider one of these plans.

Here's some video I shot last year at Don Mattingly bobblehead night. I had never seen the place this empty for a bobblehead giveaway.