Bobblehead of the Day: Don Drysdale 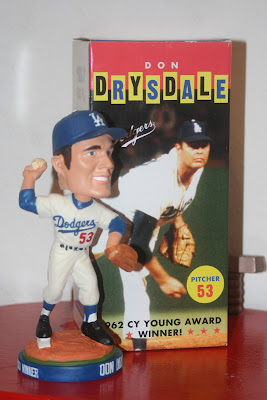 August 12th was the 26th anniversary of Don Drysdale's induction into the National Baseball Hall of Fame. Drysdale made it in after ten years of eligibility. He pitched for 14 seasons with the Brooklyn and Los Angeles Dodgers, winning 209 games and posting a 2.95 ERA with 2,486 strikeouts. Drysdale won the 1962 National League Cy Young Award after going 25-9 with a 2.83 ERA, 314.1 innings pitched and 232 strikeouts, leading the league in each category except ERA. He set a record by tossing 58 straight scoreless innings, before it was broken by another Dodger, Orel Hershiser. Never afraid to pitch inside, Drysdale hit 154 batters which remains a NL record. One thing that always stands out for me is that Drysdale was from Los Angeles. Van Nuys to be exact. I could write forever on "Big D's" accomplishments in baseball. You can check out his website here. Drysdale died in Montreal of a heart attack in 1993 while traveling with the Dodgers as a broadcaster.

On Friday, August 20, 2004 the Dodgers gave away Don Drysdale bobbleheads to the first 50,000 fans in attendance. Presented by Bosley Hair Restoration, this bobblehead was made by P Squared Promotions. This was the third of three bobbleheads given away that year. The other two were Eric Gagne(4/30) and Don Newcombe(7/23).

The Dodgers played the Atlanta Braves that night and won 3-2. Jose Lima started for the Dodgers and John Thomson for Atlanta. Lima went eight innings, giving up only 1 run. Eric gagne also made an appearance, giving up one run. Giovanni Carrara was the winning pitcher for LA. 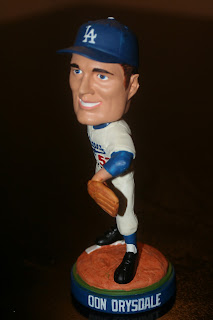 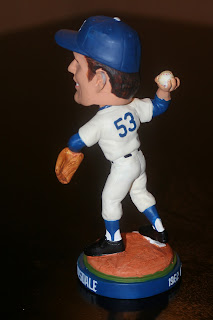 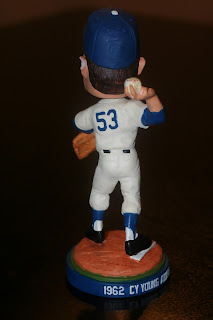 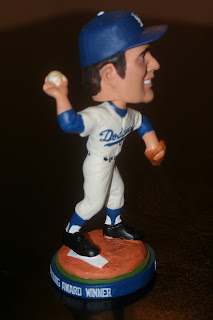 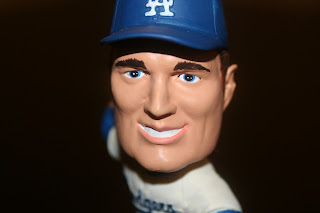 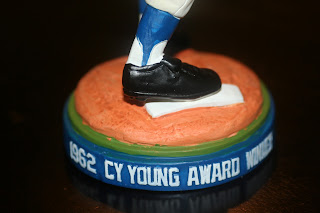 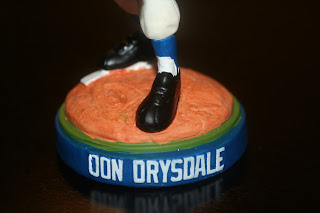 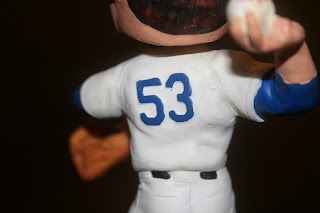 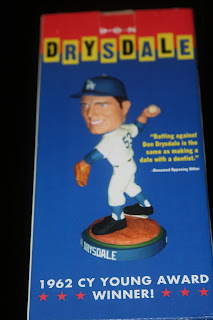 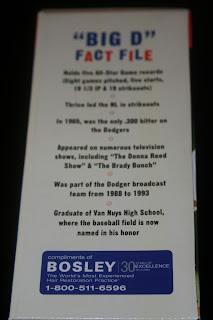 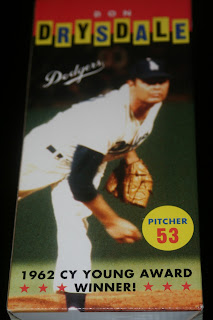 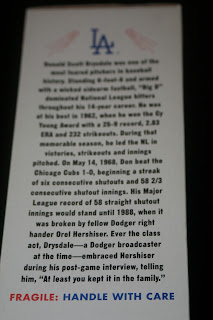 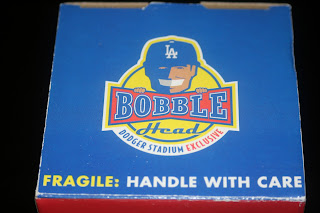 He does have a chip in his left ear, but that's how he came out of the box. I still love this one. It's one of my favorites. I wish the Dodgers would do more Hall of Famers. Of course, I would love to see a Sandy Koufax bobblehead right next to my Drysdale. Like Vin Scully, I doubt we'll ever see a Koufax bobblehead.
Share |
Posted by Dodgerbobble at 7:08 AM