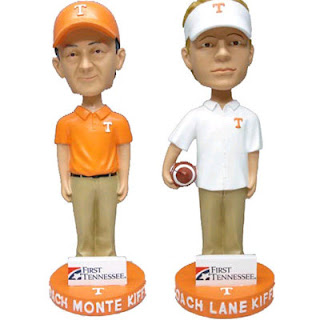 Tennessee shooting range cancels Kiffin bobblehead shooting. A gun store in Kingston, Tenn., that had planned to hold an event where Tennessee football fans could shoot at bobbleheads of former Vols coaches Lane Kiffin and Monte Kiffin had a change of heart.

Instead, for a $5 donation, one of the bobbleheads could be taken home. The event, which was held last Saturday, coincided with the one-year anniversary of Kiffin's departure from Knoxville to become head coach at USC. 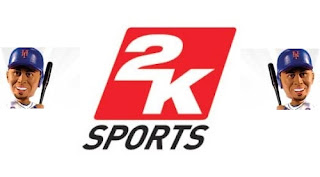 Bobblehead video game coming soon. According to the Entertainment Software Rating Board, 2K Sports is releasing a game called MLB Bobblehead Pros. Here's how they describe the game:


This is a baseball simulation game in which players compete using "bobblehead doll" versions of real major league players. Players can customize teams, set up player positions and pitching styles, and run through entire seasons with various teams.

The game will be rated "E" for Everyone, and will be on Playstation 3 and XBox 360. I can't wait to get this one.

I used to go to all the Angels bobblehead nights, but I stopped doing that three years ago. It's just too tough for me to drive the 50 miles to Anaheim from the valley during the week. It takes over 2 hours on a weekday. Maybe I'll start going again this year.

Doug Melvin bobblehead fetches $3,050. Back in October, I mentioned that Comedy Central was auctioning a Doug Melvin bobblehead. The bobblehead, which had been signed by a long list of stars, including Clint Eastwood, Ben Affleck, Dr. Phil, Andre Agassi, and Courtney Cox, was being auctioned for the New York Center for Autism. I've been meaning to give an update on this auction. The bobblehead sold for $3,050. Not bad at all.

The bobblehead first appeared on Comedy Central's 'Night Of Too Many Stars: An Overbooked Concert For Autism Education'. It was hosted by Jon Stewart, and featured numerous celebrities, including George Clooney, Tom Hanks, and Jimmy Kimmel. You can see my original post here. 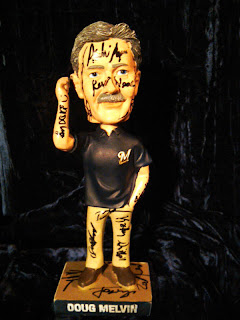